During the past year, more than a million refugees have converged towards the European Union. Throughout this largest exodus registered at the gates of Europe since the Second World War, several bottlenecks have emerged due to closed borders or incapacity to cope with the quantity of refugees in remote areas. Eventually, “fortress Europe” has given way through the Greek islands and the western Balkan route, preferred to a crossing from North Africa. By now nearly one million refugees from mainly Syria, Afghanistan and Iraq have reached northern Europe. Since March 2016 the Balkan Route has been closed, while other routes will surely appear soon, thousands of refugees are stuck in Greece and face a forced repatriation to Turkey under a controversial deal made between the EU and Turkey. Almost 4 million Syrian refugees are still hosted by Turkey, Lebanon and Jordan, four times more than in the EU.
Tangier passage to Spain, Morocco, April 2015
©David Verberckt/2015 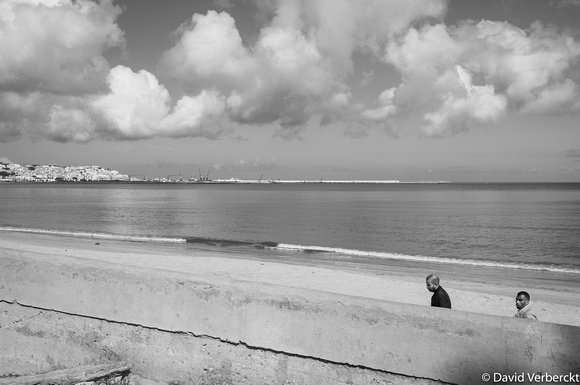