People of Nowhere, Bihari in Bangladesh

Biharis is the term given to a group of non-Bengali Urdu speaking residents and citizens of former East Pakistan, most of whom originated from the Indian state of Bihar. Today, many Biharis live in Pakistan and India in addition to Bangladesh, where about 250,000 remain in urban refugee camps in Dhaka, Bogra, Khulna, Mymensingh and Chittagong. The camps have become slums, densely populated and with inadequate access to health, sanitation, water and education. Until recently all Biharis in Bangladesh were considered stateless and having no access to citizenship and identification documents. In 2008, the Dhaka High Court approved citizenship and voting rights for about 150,000 refugees who were minors at the time of Bangladesh's 1971 war of independence. This has has improved access to education and employment opportunities outside the camps. However, for those born before 1971 the situation remains one of a stateless person without possibility to move on.
Elderly stateless Bihari in Geneva Camp, Mohammadpur in Dhaka, December 2015
©David Verberckt/2015 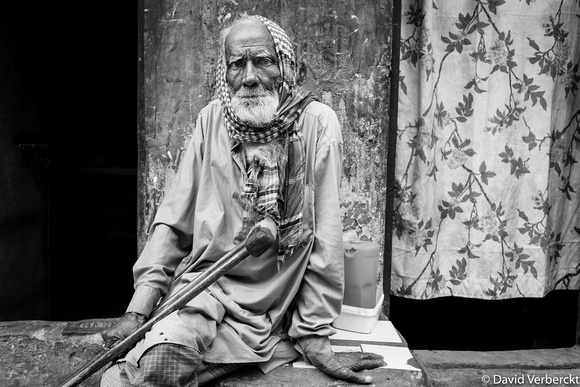