Ceausescu's policies of outlawing abortion and birth control, dictating that every woman bears a minimum of five children, had created a generation of children that were cared for by the state. This resulted in large numbers of orphans, in most cases abandoned by their parents, being incarcerated in child insitutions accross Romania. Only after the fall of Ceausescu, international organisations could provide assistance and support reform or closure of such institutions. This series of photographs was taken in 1993 for Médecins Sans Frontières in the framework of an awareness campaign. 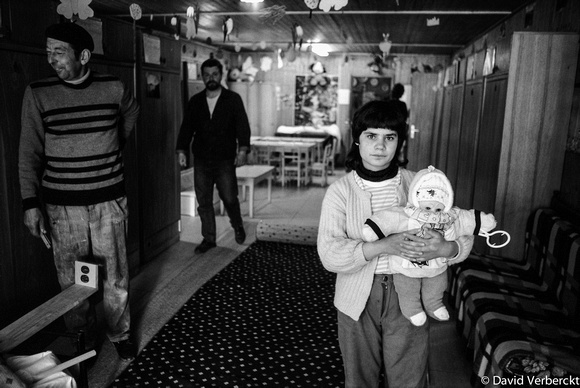