Over 1.2 million Syrian refugees are hosted in Lebanon, which represent over a quarter of the Lebanese population. Contrary to Jordan and Turkey, Lebanon does not have large single refugee camps. The refugees are mainly scattered around local communities in the Baalbek Valley, north of Tripoli and in urban areas. Due to remoteness and high costs of living, the socio-economic vulnerability remains extremely high and tensions with local communities ever more present.
Makeshift shelter used by Syrian refugees, Bekaa Valley, Lebanon, March 2016
Verberckt David/2016 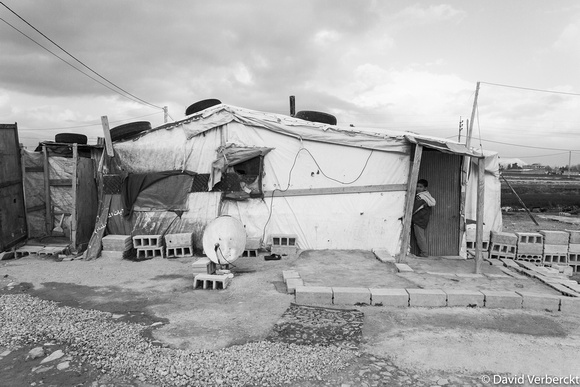